Wow. It is an absolutely magical time on the fields as they undergo their annual submersion. Perhaps it is my imagination, but this feels like the biggest flood for several years. Even if it only lasts a short time, the impact is huge, and romantic. Walking through the sodden grass this morning, with water approaching the top of my wellies, was like something from another country. The air was alive with birds, a constant shifting tapestry of movement and noise. There were lapwings on my scrape and great spirals of gulls circling overhead. Hordes of starlings shrieked and chattered in undulating clouds as they rose and fell from the marshy ground. Flocks of swans womped overhead while buzzards perched on trees. In the longer grass of my field were smaller birds too – snipe, wrens, bullfinch and many others I could not identify in the dull grey light. The whole place was filled with the noise of birds. It smelled of birds. The tops of molehills where coated in tiny holes made by birds. Feathers and droppings stood out bright white on the grass. It was not just my fields of course – many of my neighbours’ plots were similarly alive, but it was a beautiful reconfirmation of the value of creating space for nature – whether temporarily by flooding extensive farmland, or more permanently, as on my little patch.

Of course, intimate as I become with the plants and animals that live on the marshes, I can’t help but fret too. What will become of the moles, the harvest mice and the fox families? Some will perish in the frigid water, but no doubt they will be back. As long as there are enough refuges for them to retreat to, the species will return, and often very quickly. Each year of course the question of whether there are enough refuges becomes more and more uncertain.

The ecology of this period flooding is also interesting, and one I am constantly learning about. It delays the development of scrub, and selects what species can thrive here. It also washes huge amounts of seeds, and probably other things too, across my fields. I try to pay attention to the shifting balance of plants, and have noticed a slow but steady increase in variety, from a small number of grass species optimised for grazing to tougher, wetter, plants like reeds and sedges. Thistles, teasels and marsh marigolds are making a greater appearance too, gradually spreading from the ditches they had been confined too. Flower diversity in the wet field is still low, but appears to be gradually increasing, and is something I will probably put more time into studying this year.

This is a time of crises. There is no doubt about that any more. But rebuilding what we can, leaving something aside, and restoring life is perhaps one piece of what we need to do to turn things around, and save ourselves in the process. So far I have been too slow, I have dragged my feet and demurred too often, but 2020 is going to be a big year – I have some big plans, and I know I am not the only one. 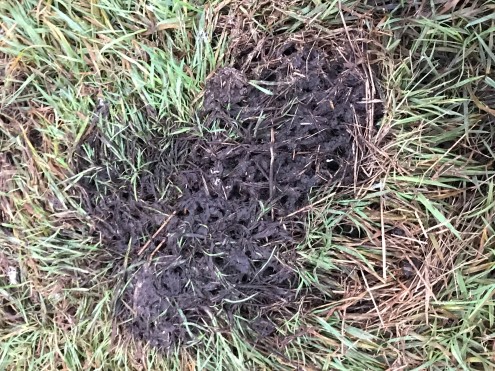